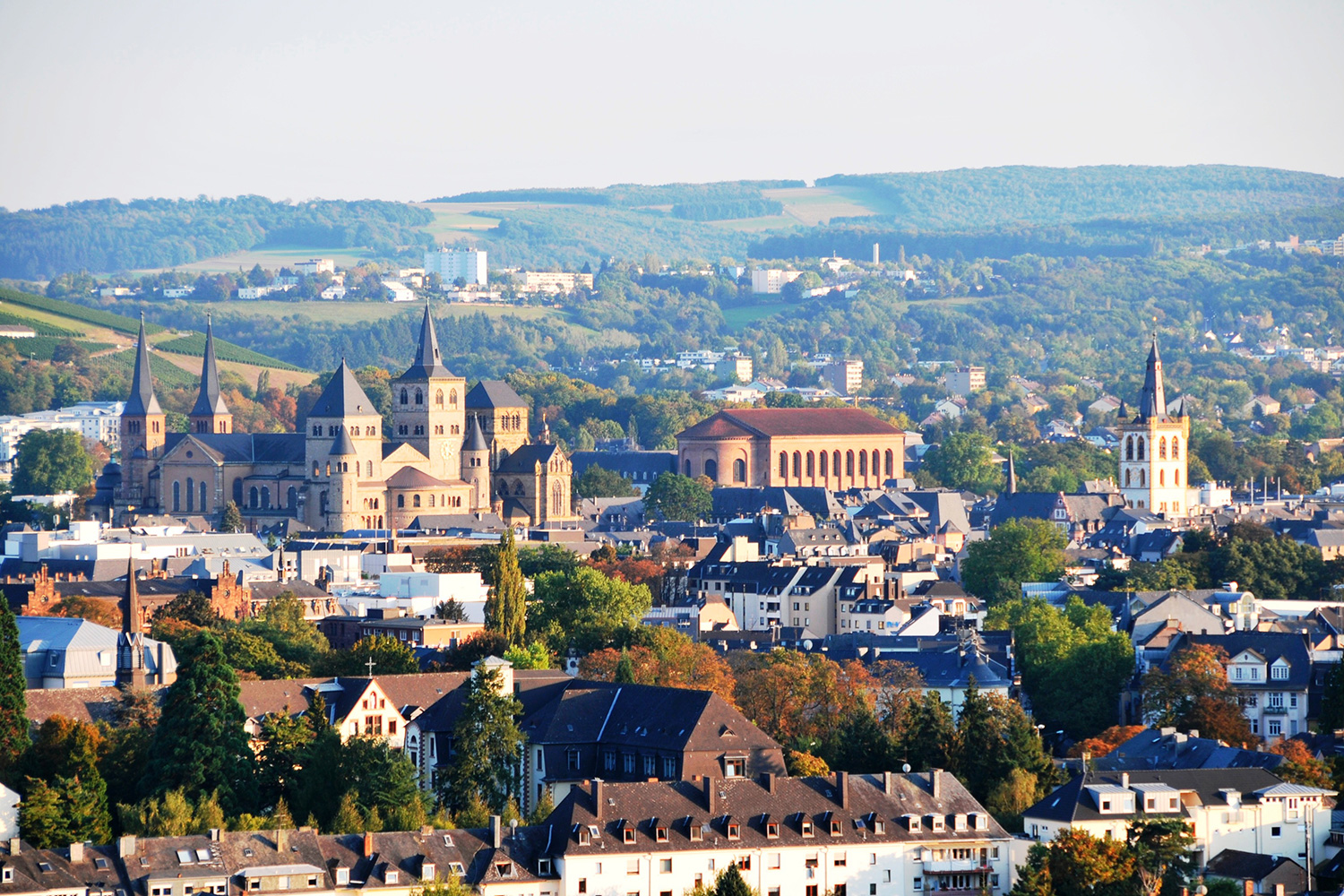 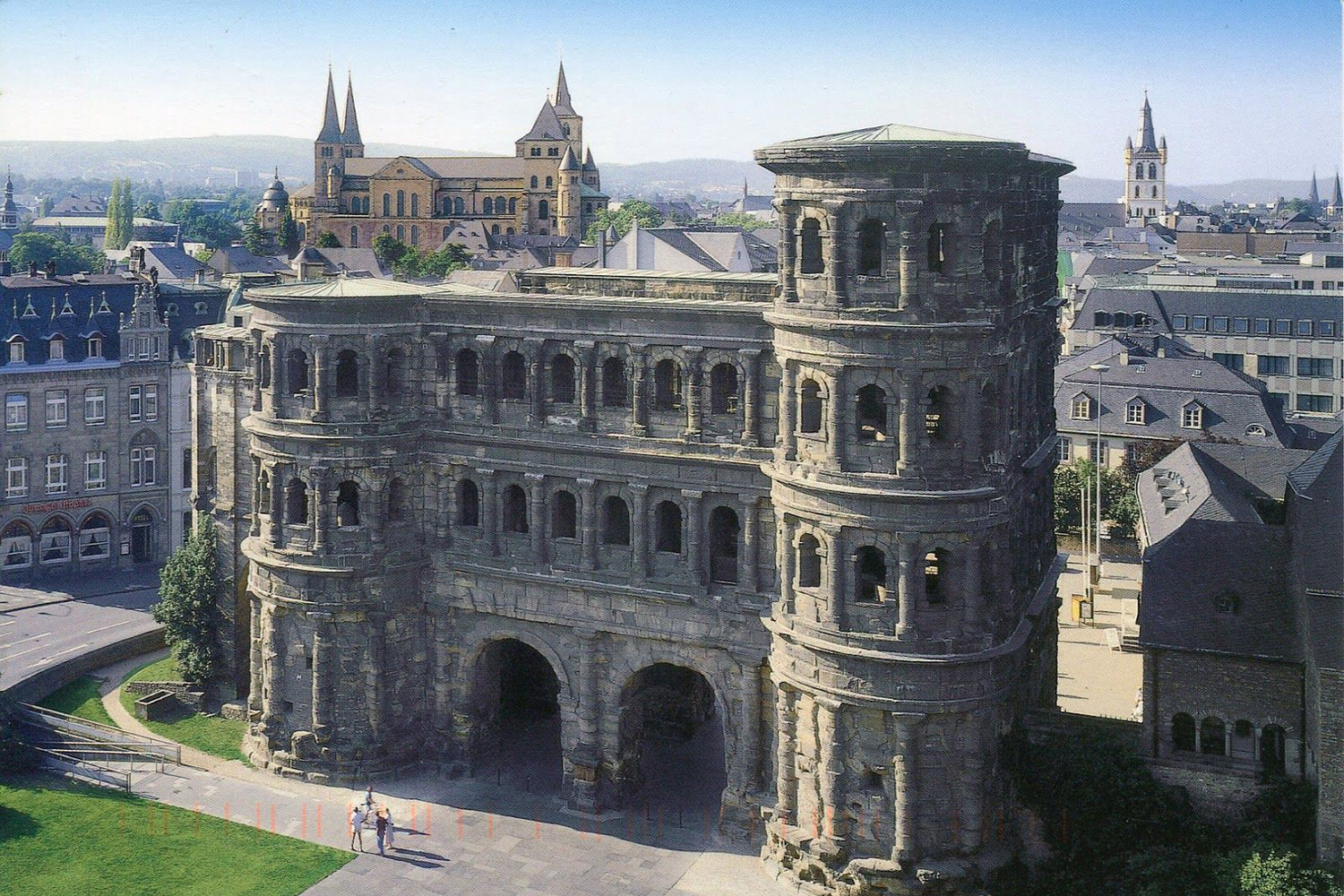 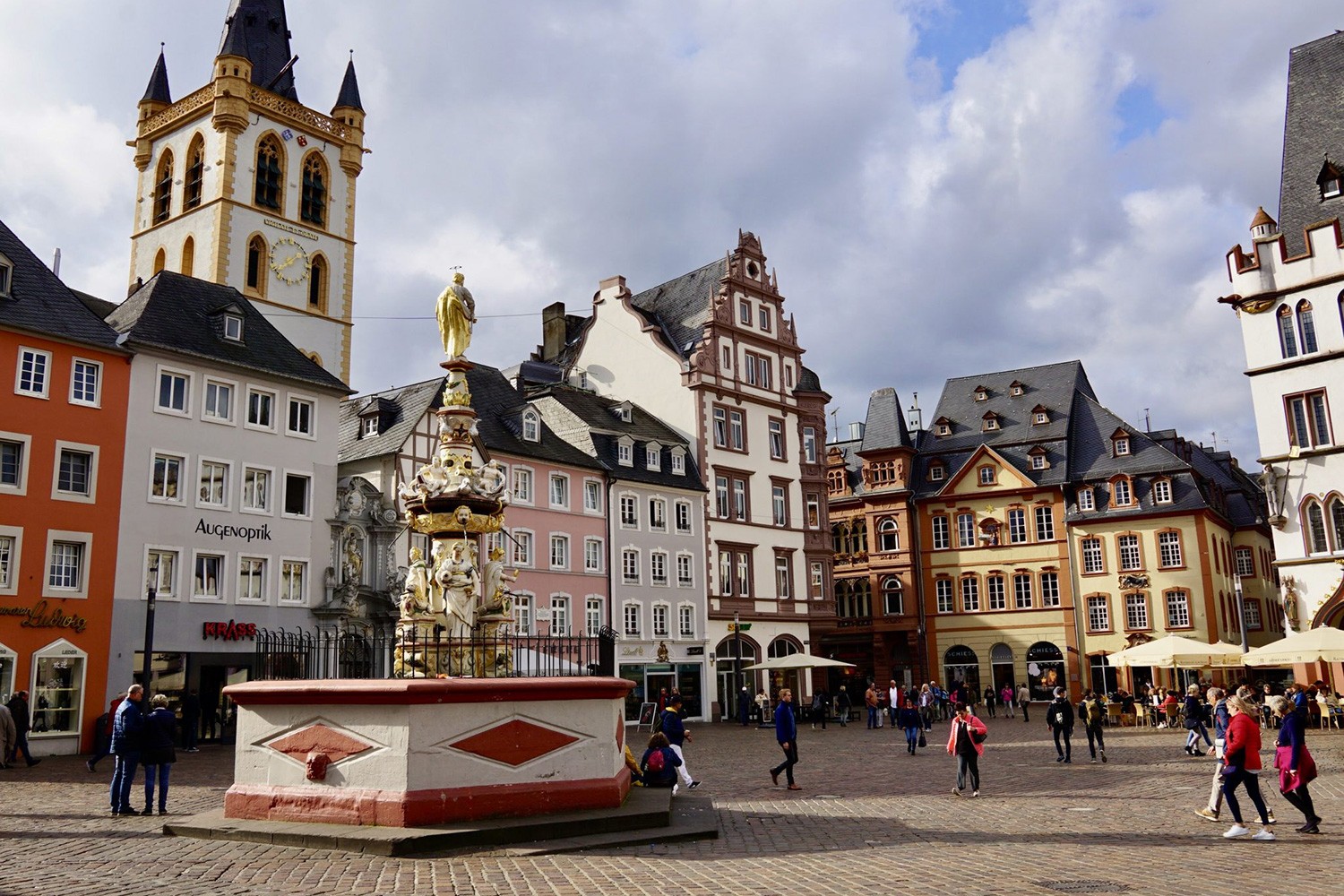 Trier is located at an altitude of 124 meters and extends to the left and right of the Moselle. The city is surrounded by ranges of hills that belong to the Eifel in the north and the Hunsrück in the south. As early as 3000 BC, people from the Neolithic Age founded the first settlements in what is today the main city.

A few centuries before the arrival of the Romans, the Treveri settled in what is known today as Trier. This Celtic tribe is also the origin of the name of the city.

When the Romans, during their advance during the Gallic War, subjugated the Celtic tribe and occupied the region, they named the newly founded city in 16 BC in honor of the reigning Emperor Augustus "Augusta Treverorum”.

The Roman city was enlarged and fortified to become the metropolis of the province of Gallia Belgica. The defense system was supposed to protect the Roman city from attacks by hostile Germans.

The fact that Trier was much more than just a military camp at that time is proven by the numerous archaeological finds of civilian buildings. Trier was a military base, but also a center of commerce. The troops and the goods were transported via the Moselle. But above all, it was viticulture that brought wealth to the Romans of Trier and the surrounding area.

Back to all activities